Cocaine: The Highly Addictive Drug with Terrible Side Effects

0
SHARES
2
VIEWS
Share on FacebookShare on Twitter
The highly addictive drug with terrible side effects is cocaine. You may be surprised to learn that cocaine wasn’t always as popular as it was in the 20th century, but when it was first discovered, it was very controversial, especially among physicians. Today, cocaine continues to be addictive and controversial, but unfortunately, its popularity remains high in the United States and around the world. If you or someone you love struggles with cocaine addiction, here are some signs to look out for and some resources to help you get started on the road to recovery. 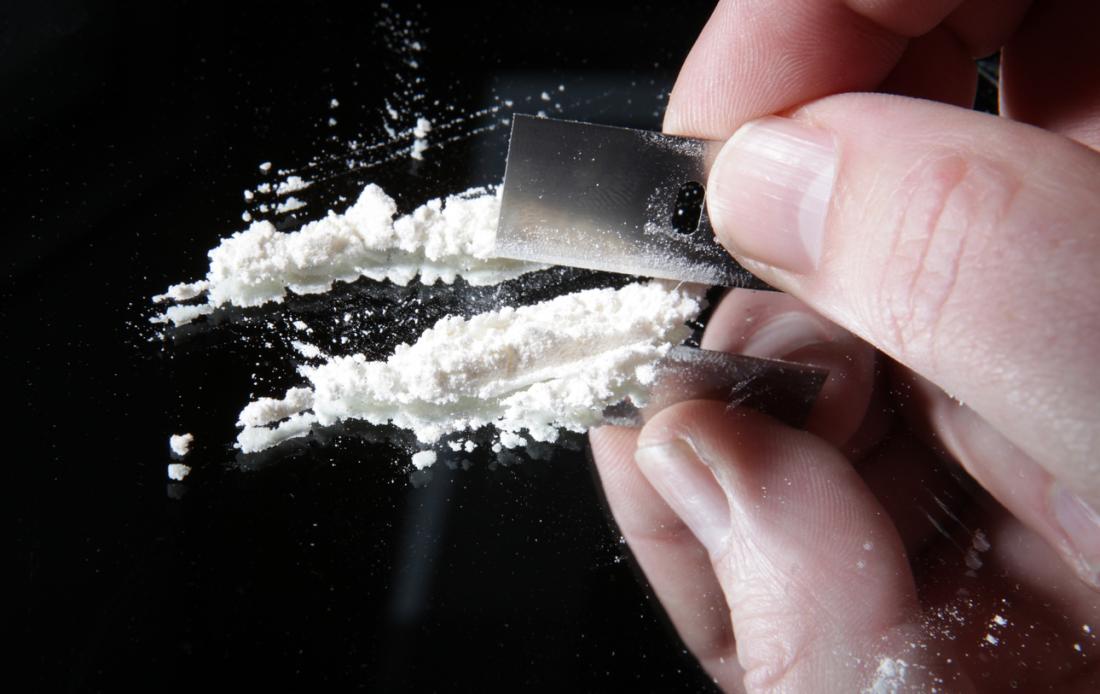 Cocaine is a stimulant drug that comes from the coca plant. It’s a white powder that people snort, smoke, or inject. Intake of the drug increases alertness, feelings of well-being, and euphoria. But it’s also highly addictive and can lead to an uncomfortable life.

In fact, many people don’t know what is cocaine. Like other stimulant drugs, cocaine produces increased energy and alertness. Unlike most stimulants though, it can also create strong feelings of euphoria that last for several minutes after taking a small amount of cocaine. Other effects include increased blood pressure, heart rate, body temperature, and sweating. These effects are often followed by a feeling of depression and exhaustion. Regular use can lead to tolerance (requiring higher doses) and dependence (experiencing withdrawal symptoms when stopping). After repeated use over time, even low doses will cause these reactions as the brain adjusts its natural chemistry in response to regular exposure to the drug.

Cocaine abuse can also cause other negative effects on your health, such as damage to your cardiovascular system (heart and blood vessels) and brain. Because cocaine is a stimulant, it speeds up all of your body’s processes. This puts an added strain on your heart, blood vessels, lungs, liver, and kidneys. It can cause nausea and vomiting or may even lead to seizures if enough is taken at once. Even if you don’t suffer these immediate effects from cocaine use, you still risk permanent problems later in life due to long-term use or repeated abuse. For example, long-term cocaine abuse can lead to chest pain because of irregularities in how your heart beats. This disorder is called cardiomyopathy .

What does it do to you? 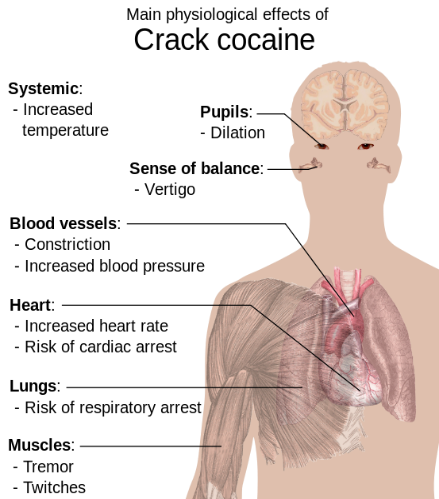 Cocaine is a stimulant drug that can have major adverse effects on your health. Intake of the drug can lead to an uncomfortable life, as it can cause restlessness, anxiety, and paranoia. Additionally, cocaine can lead to cardiovascular problems, such as an irregular heartbeat and high blood pressure. It can also damage your nose if you sniff it, and your lungs if you smoke it. Injecting cocaine can lead to serious infections and even death.

Studies have shown that about 20 percent of cocaine users are addicted to it. This means that even after extended periods of use, withdrawal symptoms may persist, such as insomnia, cravings and depression. If you suspect someone has a cocaine addiction or is suffering from its effects, it’s best to seek help from a professional addiction treatment center before it’s too late. This is how you help save them from an uncomfortable life.
To conclude cocaine can lead to an unhealthy life and dangerous side effects. Many people abuse it without thinking of how much damage they’re causing their body, and how negatively it will impact their life.

Why do people use it? 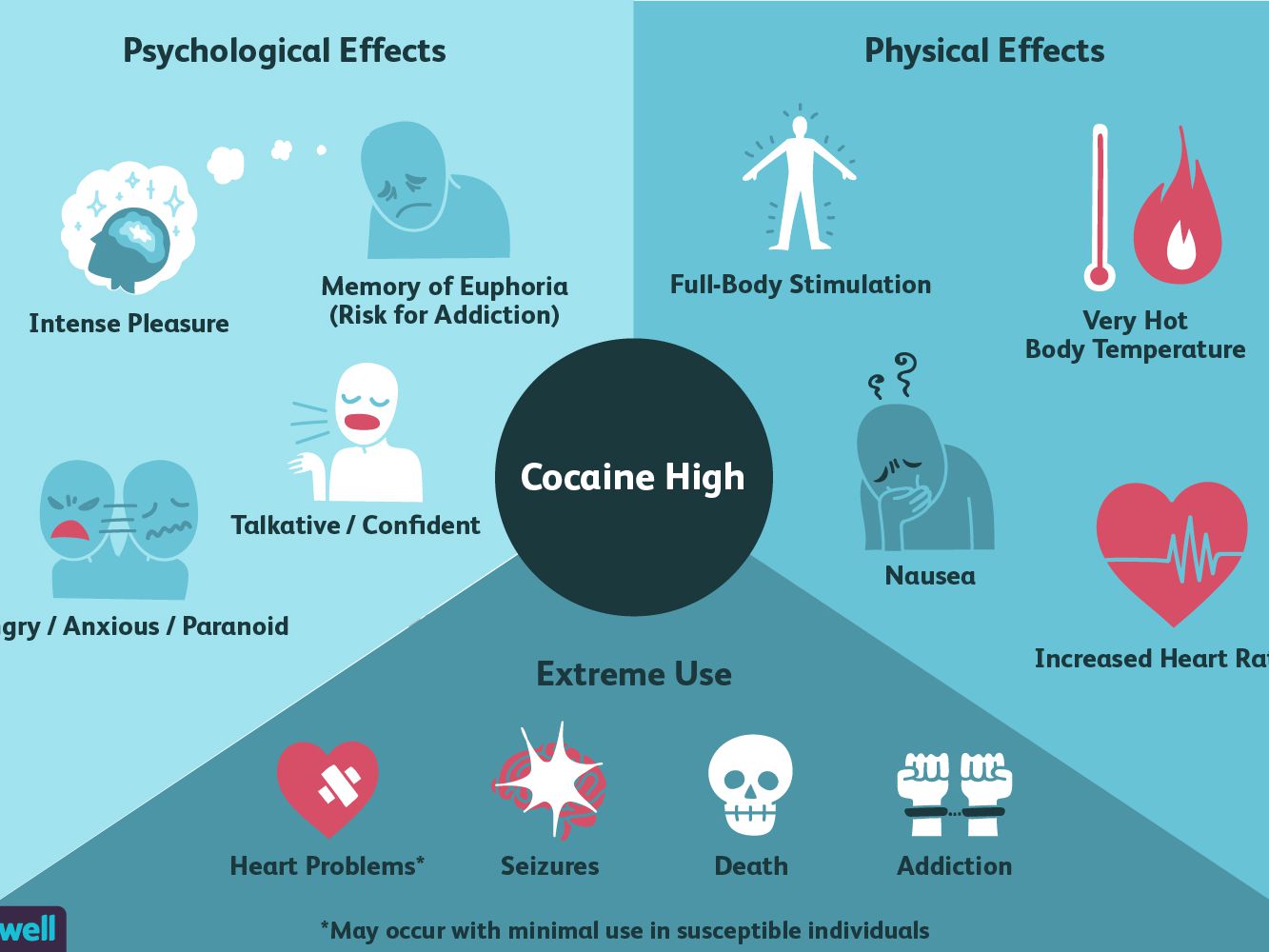 People use cocaine because it provides a temporary high. It also gives users a sense of confidence and power. Cocaine is often used in social settings as a way to stay awake and party for long periods of time. Some people think that because cocaine is derived from plants, it must be natural and therefore safe. However, the intake of this drug can have severe adverse effects on your health.
Cocaine is a highly addictive substance. Just one hit can lead to addiction. And once you’re addicted, it’s hard to quit. Cocaine addiction can cause paranoia, anxiety, and depression. It can also lead to heart attacks, strokes, and seizures. In short, cocaine is a dangerous drug with potentially deadly consequences.

As a result of these terrible side effects, anyone who is addicted to cocaine needs treatment. Treatment often involves psychotherapy and medications. Because quitting can be so difficult, support groups may also help those in recovery remain sober and hold them accountable for their actions. No matter what type of treatment someone chooses, support from family and friends is critical in helping a person recover from cocaine addiction.

How do people take it?

People usually take cocaine by snorting it, rubbing it on their gums, or injecting it with a needle. Smoking crack cocaine is also common. How quickly the drug takes effect depends on how you take it. In general, the effects of cocaine are felt almost immediately after taking it if you snort it, and within 30 minutes if you rub it on your gums or inject it.

Snorting cocaine usually takes about five minutes. A line of pure cocaine is diluted into a small area using a straw or rolled-up bill, and then snorted up through one nostril at a time. Sometimes cocaine is mixed with other substances, like cornstarch, flour, or quinine to make it more potent. This mixture is called cut and can damage your nose as you snort it.

What are the side effects? 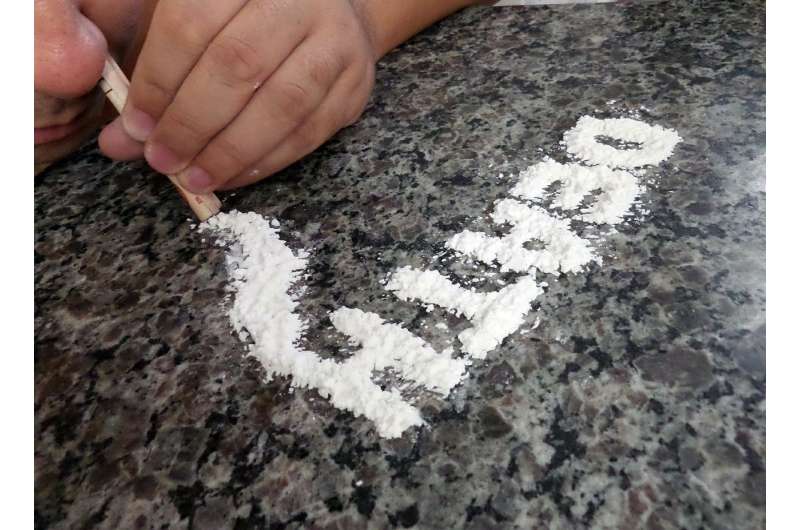 Though cocaine is often seen as a party drug, it can have very adverse effects on your body, both in the short and long run. Short-term effects of cocaine include increased heart rate and blood pressure, dilated pupils, and increased body temperature. Long-term effects of cocaine use can lead to heart attacks, strokes, and even seizures. Cocaine is also a highly addictive drug, so if you start using it, quitting can be very difficult. It has been shown that cocaine’s withdrawal symptoms are similar to those experienced by people who are withdrawing from alcohol addiction or other drugs like heroin.

These withdrawal symptoms can last for days or weeks and might cause hallucinations, depression, and intense cravings for more of the drug. Users of this drug often suffer from anxiety and panic attacks, which can happen without warning. They may not feel safe in any situation or environment – at home, work, school – because they know they will never be able to fully escape their habit. If someone does not seek help for their addiction and continues abusing the drug over time, there is no telling what sort of damage will happen to their brain cells or how long they’ll live before death comes knocking on their door.

How can you avoid addiction?

It can be difficult to avoid addiction, especially if you have easy access to the drug. If you or someone you know is struggling with addiction, there are a few things that can be done to help. First, try to stay away from people or places where cocaine is used. Second, keep track of your use and set limits for yourself. Finally, seek professional help if you feel like you can’t stop using on your own.

Make sure you don’t take it in combination with other substances. Cocaine can increase your heart rate and blood pressure, which could be dangerous if you are taking medication or drinking alcohol. Furthermore, mixing cocaine and alcohol increases your risk of dehydration, malnutrition and even seizures. Lastly, avoid using cocaine while driving because it impairs coordination, reflexes and alertness as well as judgement skills and decision-making ability. These effects can easily cause a fatal accident.

Where to get help if you need it?

According to the National Institute on Drug Abuse, cocaine is a powerful and highly addictive drug that has severe side effects. Short-term effects of cocaine include increased alertness, talkativeness, and energy. However, the long-term effects of cocaine can lead to anxiety, paranoia, and even psychotic symptoms. If you or someone you know is struggling with cocaine addiction, there is help available. There are many treatment options available, including therapy, support groups, and medication. Treatment can help you stop using cocaine and get your life back on track.

You can find treatment options at organizations like your local hospital, addiction center or support group. You can also contact your physician or healthcare provider to help you determine what type of treatment is best for you and your situation. No matter where you get help, it’s important to remember that help is available if you need it. Don’t try to go through recovery alone – reaching out for help will give you a greater chance of success.

Hiking to New Heights: The Best Hikes Around the World

Hiking to New Heights: The Best Hikes Around the World